Jack Welch was heralded by many as the greatest leader of his era.

As CEO of General Electric from 1981 to 2001, he transformed it from a company known for appliances and lightbulbs to a multinational corporation that stretched into financial services and media as well as industrial products. He was initially criticized for cost-cutting and layoffs, which earned him the moniker “Neutron Jack,” but as GE’s revenues expanded and its share price soared in the ensuing years, he was lauded. In recent years, many have questioned his strategy, leadership style, and legacy. Was he too hard-nosed? Did his relentless push for growth, particularly at GE Capital, sow the seeds for the broader company’s later struggles? Was he really a CEO that others should emulate?

Of course, Jack did made mistakes throughout his career. And perhaps he isn’t the ideal model for 21st century leadership. However, as someone who knew him both professionally and personally, I learned from him, and I believe that others still can too. Here are three of his principles that I believe can work for today’s managers as well as they did for him. 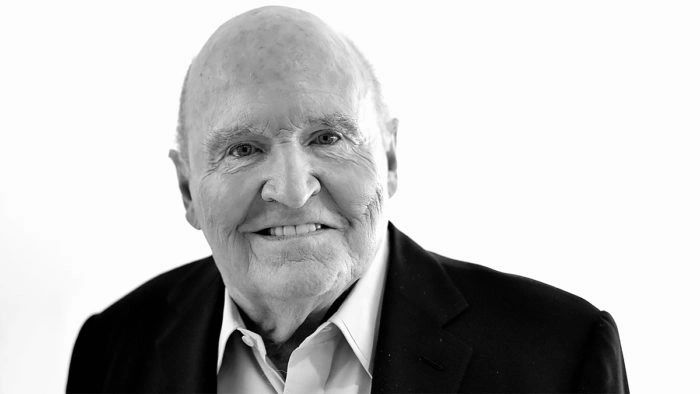 Get your people decisions right. In Peter Drucker’s classic HBR article on this topic, he noted that ”executives spend more time on managing people and making people decisions than on anything else — and they should. No other decisions are so long lasting in their consequences or so difficult to unmake.” Jack also believed this with all his heart. Although I interviewed more than 20,000 leaders in my three-decade career as an executive search consultant, I never met a practitioner more committed to and disciplined about great people decisions than he was. When I spoke with him while writing my first book, he emphasized that effective hiring was “brutally hard” but a key skill to develop. He estimated that, as a young manager, he had a hit rate of only 50%, but that 30 years later, as CEO, he’d improved enough to make a great selection four times out of five.

In his years at GE, Jack probably spent more than half his time getting the right people in the right places and then helping them to thrive. He would involve himself in hiring decisions that most global CEOs would delegate. And he avoided the typical mistake of assigning the strongest or most promising leaders to the businesses that were then the largest. He did not hesitate to send stars to India or China even when GE was a small presence in those countries. He also knew when and how to let underperformers or people who were poor fits for their roles go.

Jack is, of course, criticized for his choice of successor as GE CEO, Jeff Immelt, under whom the company lost many billions of dollars of value. I agree that neither the executive nor the company were positioned to weather the crises and disruptions of the 2000s. Unfortunately, this particular people decision may be remembered as part of Jack’s wrong 20%.

After his retirement from GE, in his career as an investor, board member, educator, and leadership consultant, he would continue to advocate for careful hiring and firing, as well as measuring and judging managers by their own people decisions. He even proposed that anyone involved in bringing on or promoting employees be scored on their successes and failures – what he called a “batting average.” He noted that this would not only help to asses someone’s all-important selection skills, but also prompt bosses to support new hires or undo poor appointments when needed.

Speak with candor. A second highlight of Jack’s leadership was his extraordinary candor. The second chapter of his book Winning was devoted to this topic and, in it, he called lack of candor “a killer,” noting that it “blocks smart ideas, fast action, and good people contributing all the stuff they’ve got.” Every time I met with Jack, no matter how well I got to know him, he would surprise me with his blunt talk, probing to make sure that I was absolutely certain and well informed about whatever opinion I might be offering him.

Lots of people associate Jack’s candor with his passion for differentiation (chapter three in Winning), which calls for employees to be separated into the top performing 20%, middle 70%, and bottom 10%, the latter of which, with “no sugar coating,” Jack said, “have to go.” Some saw this kind of candor – frank feedback or a firing — as cruelty. But Jack defended it as kindness. At a conference at which we both were speakers, he said something along these lines to an audience member who questioned his practices: “What would happen if for years and years you don’t tell someone that they are underperforming, not giving them the chance to try to improve, check whether they can do something else in the company, or alternatively look for somewhere else? And then a recession comes, and you need to fire the person, older and unprepared, in a much tougher market?  Which is crueler?” I should note that he was direct about more than performance, too. He emphasized values as well, and, in fact, used a two-by-two matrix to evaluate employees on both metrics. If people weren’t achieving top marks in both categories, he let them know and, if they didn’t improve, he let them go.

Be insatiably curious. Jack asked more questions than anyone I’ve ever known, and it wasn’t to show off his own intellect or importance. His aim was to sponge up as much information as he could. Once, when he visited Argentina, my wife María and I hosted a dinner for him at our home. When I asked who he wanted to join us, he said, “Claudio, don’t invite the big fish. We would be delighted to get to know your friends, to see who they are, to learn about their lives.” So we invited eight friends and then watched them grow increasingly frustrated as the dinner progressed: They were eating with Jack Welch and wanted to learn from Fortune magazine’s “leader of the century” but he was asking all the questions. By the end of the evening, he wanted to explore how Argentina itself operated and queried us all in his usual penetrative, provocative style: “How do you have this crazy inflation? How can you forecast, plan, and even decide to carry on an investment? How is it that you have this corrupt government, and businessmen don’t have the guts –” he used a different word — “to confront them?” One of my friends later reassured me that he had learned something after all. “Claudio, that was the greatest lesson:  He became the leader of the century by cultivating that insatiable curiosity!”

Jack may have led his company two decades ago, but his desire to learn is something that executives need even more in today’s increasingly dynamic environment. In my own research, highlighted in this article, I have found that curiosity is the most important hallmark of high-potentials. When Boris Groysberg and Tricia Gregg studied five remarkable tech leaders (Jeff Bezos of Amazon, Larry Page and Sergey Brin of Google, Bill Gates of Microsoft, and the late Steve Jobs of Apple) they also noted the importance of this character trait for staying relevant. Their conclusion: “CEOs can’t have outdated skill sets. … They must be voracious [for] knowledge.” Jack was way ahead on that game.

My friend, the former CEO of GE, was not a perfect leader. But his curiosity, his candor, and his focus on making the right people decisions ensure that he remains a role model. These are three aspects of effective leadership that we should all seek to cultivate.

We would love to hear from you

Drop Us a Line